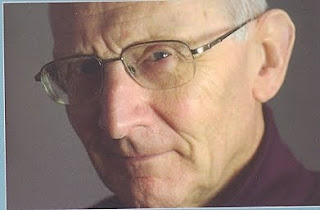 
John Carey is Emeritus Merton Professor of English Literature at Oxford University, a Fellow of the British Academy, and Chief Book Reviewer for The Sunday Times. His books include studies of Donne, Thackeray, Milton and Dickens; and his most recent publication; William Golding, the Man who Wrote Lord of the Flies, has been widely acclaimed.
Prof Carey edited the Faber Book of Utopias that included a section on Richard Jefferies’ science fiction novel After London, or Wild England (first published in 1885) that depicts what happens to England after a major environmental catastrophe turns London into a no-go area of contamination whilst an inland sea is created that runs from London to Bristol, based on an imaginary expansion of Coate Water. Whilst Jefferies is better known for his nature and countryside writing, After London is still an influential work of fiction.
Prof. Carey has been invited to present his lecture by the Richard Jefferies Society and it is entitled “After London and other Utopias and Dystopias,” and it is open to the general public. No prior booking is required and the event is free to attend.
Posted by Richard Jefferies Society at 9:26 am