Nicola Chester wins the Richard Jefferies Award for ON GALLOWS DOWN, 23 May 2022.

The Richard Jefferies Award of £1000 is given annually to the author of the publication considered by the judging panel to be the most outstanding nature writing published in a given calendar year. The winning work must reflect the heritage and spirit of Richard Jefferies’ countryside books. Congratulations to Nicola Chester, the latest winner. 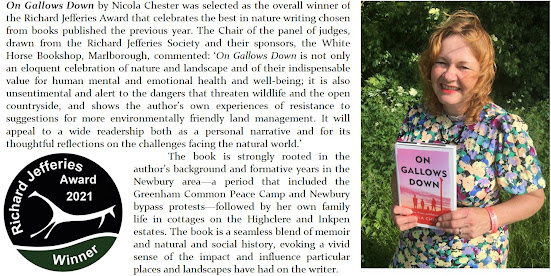 ·         Goshawk Summer: A New Forest Season Unlike Any Other by James Aldred (Elliott & Thompson)

·         Islands of Abandonment: Life in the post-human Landscape by Cal Flyn (William Collins)

·        The Sea is Not Made of Water: Life Between the Tides by Adam Nicolson (Collins) 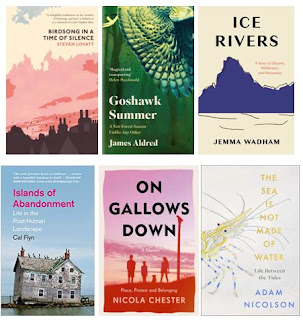 The award was first introduced in 2015 by the Richard Jefferies Society and then sponsored by the White Horse Bookshop, Marlborough. It has attracted an unprecedented number of nominations reflecting the increasing quality of books dedicated to the natural world.

Nominations are now open for 2022 publications.