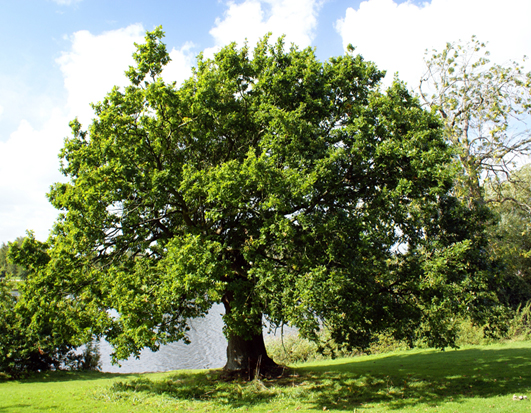 September Nature Notes
Extracts from Wild Life in a Southern County related to the orchards at Wick House [Jefferies' Farm]. 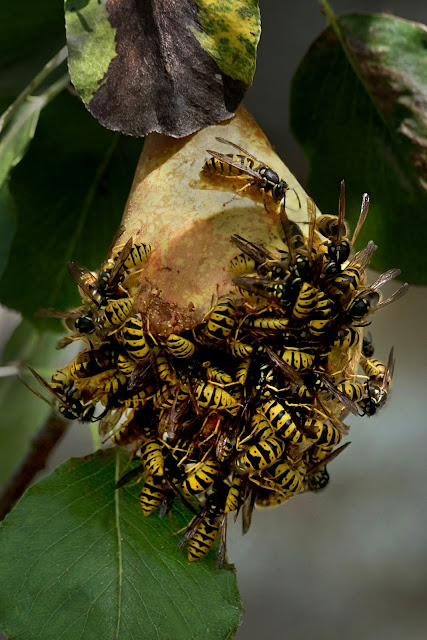 "Be careful how you pick up a ripe apple, all glowing orange, from the grass in the orchard ; roll it over with your foot first, or you may chance to find that you have got a handful of wasps. They eat away the interior of the fruit, leaving little but the rind, and this very hollowness causes the rind to assume richer tints and a more tempting appearance. Speckled apples on the tree, whether pecked by a blackbird, eaten by wasps or ants, always ripen fastest, and if you do not mind cutting out that portion, are the best. Such a fallen apple, when hollowed out within, is a veritable torpedo if incautiously handled. Wasps are incurable drunkards. If they find something sweet and tempting they stick to it, and swill till they fall senseless to the ground. They are then most dangerous, because unseen and unheard ; and one may put one's hand on them in ignorance of their whereabouts.
----- Dusky Blenheim oranges, with a gleam of gold under the rind ; a warmer tint of yellow on the pippins. Here streaks of red, here a tawny hue. Yonder a load of great russets; nearby heavy pears bending the strong branches; round black damsons; luscious egg-plums hanging their yellow ovals overhead; bullace, not yet ripe, but presently sweetly piquant. On the walnut trees bunches of round green balls-note those that show a dark spot or streak, and gently tap them with the tip of the tall slender pole placed there for the purpose. Down they come glancing from bough to bough, and, striking the hard turf, the thick green rind splits asunder, and the walnut itself rebounds upwards. Those who buy walnuts have no idea of the fine taste of the fruit thus gathered direct from the tree, when the kernel, though so curiously convoluted, slips its pale yellow skin easily and is so wondrously white. Surely it is an error to banish the orchard and the fruit-garden from the pleasure-grounds of modern houses, strictly relegating them to the rear, as if something to be ashamed of."
Posted by Richard Jefferies Society at 2:02 pm