A Tribute to Hugoe Matthews 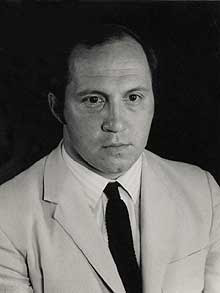 Hugoe Matthews, who died on March 10 aged 72, was an eminent thoracic surgeon expert in diseases of the oesophagus; he was also an authority on the Victorian nature writer and mystic Richard Jefferies.


During his career as a consultant at East Birmingham (now Birmingham Heartlands) Hospital, Matthews developed several new techniques to improve treatment of a range of problems of the chest and oesophagus.
In the field of thoracic surgery, he developed what has become known as the “minitrach”(short for mini-tracheostomy) — a small plastic tube placed in the windpipe during chest surgery through which the lungs can be cleared with a suction device. The minitrach has been used on the battlefield as an emergency breathing aid — saving the lives of soldiers in Afghanistan and other theatres.
His own interests focused on diseases of the oesophagus. He established a laboratory for oesophagal disorders (which became a referral centre for the whole of the West Midlands) and had great success in reducing death rates among people with oesophagal cancer by giving chemotherapy before their operations — an unusual move at the time. In 1984 he set up the Oesophagal Cancer Research Appeal to raise money for a laboratory which was opened in 1989. He was instrumental in establishing the British Oesophagal Group and worked closely with a former patient to establish an Oesophagal Patients’ Association in 1985.
In the early 1990s he developed links with the Department of Biological Sciences at Warwick University, with the result that he was created honorary Professor of Thoracic Surgery. His work at Warwick helped to lay the foundations for a flourishing postgraduate medical school.
At Birmingham he and a colleague set up an Escapists’ Dinner Club (ably organised by his wife Judy) where medical talk was banned and guests discussed their hobbies.
His own hobby was Richard Jefferies, a contemporary of Thomas Hardy, known for his semi-mystical writing about nature and the countryside. He had stumbled across Jefferies by chance, thinking that his Gamekeeper at Home might be a sequel to Lady Chatterley’s Lover. He read every known work published by Jefferies (and much unpublished work in his notebooks and letters), gaining a clear insight into the development of his writing and the evolution of his thoughts and ideas. He served as president of the Richard Jefferies Society and in 1993, with George Miller, published a thorough and authoritative bibliography of Jefferies’s work. He followed this with The Forward Life of Richard Jefferies (1994, with P Treitel). He also produced a new index and anthology of Jefferies’s works with the assistance of Rebecca Welshman.
The son of a Baptist minister, Matthews was born on April 18 1938 at New Malden, Surrey, and named Hugoe with an 'e’ because his mother was descended from French Huguenots. His second name, Redvers, was chosen in honour of General Sir Redvers Henry Buller VC, GCB, GCMG, hero of the Zulu War.
He was educated at Sutton County Grammar School where, even as a teenager, he knew he wanted to be a surgeon. He qualified in Medicine and Surgery at University College, London (despite pronouncing a 55-year-old woman pregnant in his practical exams). After a number of jobs in London, he moved to Bristol in 1968 as a registrar in cardiothoracic surgery. Then, following a spell as senior registrar in Liverpool, he became a consultant at East Birmingham Hospital in 1976.
Matthews published many papers and was editor of the professional journal Thorax. He lectured around the world and served as vice-president of the Society of Thoracic Surgeons from 1993, and as president in 1995.
A contemplative man who enjoyed a pipe and listening to jazz, Matthews devoted himself to books and, after his retirement in the mid-1990s, developed his skills as an artist. He exhibited his pictures at shows held by the Tiverton Arts Society, of which he was a member.
In 1968 he married Judy Thain, who survives him with their son and daughter.
Posted by Richard Jefferies Society at 8:11 am