The Richard Jefferies Society has published many titles, under the imprint Petton Books, most of which can be purchased at a special price using the order form. There are also buttons at the bottom of the page to buy publications online (apologies -- it is not user-friendly!)
The offers apply to UK postage only. Overseas buyers should contact the Society for shipping charges.

Contact the Society for more information about any book by or about Richard Jefferies -- second-hand copies of many titles are also available.

A Peculiarly English Genius: a Biography of Richard Jefferies by Andrew Rossabi is an in-depth record of all that is known about the life and works of Richard Jefferies.  Planned as a four-volume set, Volumes I and II are now available as limited editions and can be purchased using the button below. 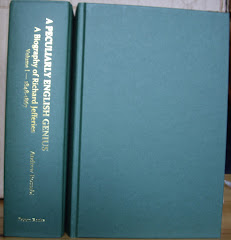 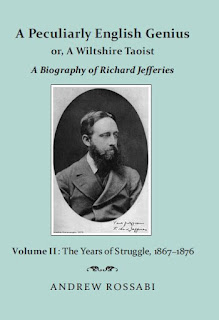 Some pamphlets related to Jefferies' birthplace at Coate can be downloaded here (free):

Phyllis (Jefferies) Hargrave letters to Samuel J Looker. These have never been published but can be downloaded here. Phyllis was Richard Jefferies only daughter. Samuel Looker was an authority on the works of Richard Jefferies and helped build up a major archive of information held at the British Library.

RICHARD JEFFERIES' NOTEBOOKS
The British Library archives include Jefferies' pocket notebooks that start in 1876 and finish 3 months before his death. Only 16 of the original 24 or 25 remain. The others are likely to be in private hands-- whereabouts unknown. Phyllis Treitel undertook the painstaking work of deciphering the hand-writing in the 1990s and copied the text and illustrations by hand. Many entries make no sense at all. The text has now been typed up and can be downloaded as a pdf file (nearly 17MB). Samuel Looker published some of the contents in his The Nature Diaries and Notebooks of Richard Jefferies (1948) but Treitel's version is complete.  Extracts from Notebook IV (?) were included in Walter Besant's The Eulogy of Richard Jefferies (1888). This notebook is among the missing ones and the extract of text has been included.

A SELECTION OF RECORDINGS

THE DRIFT OF TIME - Radio play based on the writings of Richard Jefferies. Broadcast on BBC Radio 4, 31 July 1987 (40 minutes long) as part of the centenary tributes that year. Richard Jefferies is played by Robert Stephens.
A Song of Summer  with Paul Scofield (audio recording) reading 'Nature and Eternity' (Hills and the Vale). BBC Radio. First broadcast on BBC Radio 3 on 22 Nov 1976. Compiled by Roger Frith; incidental music by David Cain; producer - Keith Slade. Approx 55 mins.  Six files to download.
Extracts from The Story of My Heart read by Paul Scofield, compiled by Roger Frith and broadcast on 22 July 1982. On four tracks.

Four extracts of nature writing by Jefferies: the first from his essay 'Wild Flowers'; the second from the opening passage of The Story of My Heart, the third: 'A Summer Day in Savernake Forest' and the fourth from Amaryllis at the Fair. They are read here by Sir Simon Russell Beale as part of an online initiative by the Marlborough Literary Festival during the lockdown of 2020.
Harmony, an original musical composition by Julian Anderson performed on 12 July 2013 at the first night of the proms and inspired by The Story of My Heart (audio only).
Two poems after Richard Jefferies for Orchestra by Frank Bridge (1915)

BOOKS PUBLISHED BY THE RICHARD JEFFERIES SOCIETY except where otherwise stated 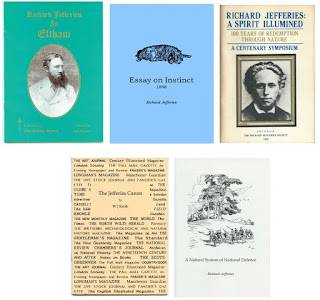 A Natural System of National Defence by Richard Jefferies (published in the Swindon Advertiser, 1871), £2.50 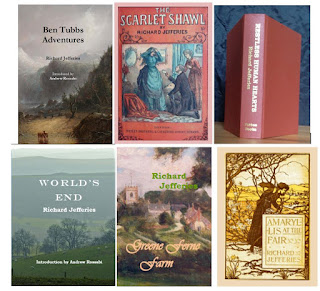 Non-fiction by and about Jefferies: 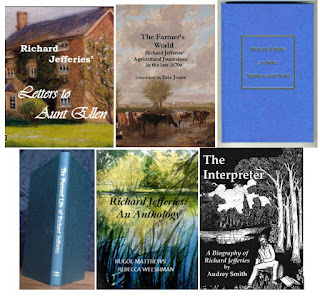