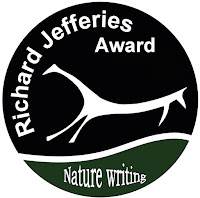 The Richard Jefferies Award of £1,000 is given to the author/s of the book considered by the judging panel to be the most outstanding nature writing published in a given calendar year.
The winning work will reflect the heritage, content and spirit of Jefferies’ countryside books.

The award was first introduced by the Richard Jefferies Society in 2015 and given in memory of John Webb, one time Society Librarian, and generous benefactor.

It is sponsored by the White Horse Bookshop -- an independent bookshop in Marlborough.

To qualify for entry, the book must be published (not re-published) within the calendar year and not contain previously published elements. First English translations of recent works are eligible. E-books are excluded from the award.

Nominations may be made by anyone including publishers (but limited to two titles) between 1 January and 1 December (noon). No fees are requested at any stage of the competition.

Publishers are requested to send a copy of the nominated book to:

Decisions about the Prize will be made by a judging panel drawn from the Richard Jefferies Society and the White Horse Bookshop. The judges act in an honorary capacity. Their decision is final.  The right not to make an award in a given year is reserved.
NOMINATIONS FOR THE 2022 AWARD ARE OPEN UNTIL 1 DECEMBER 2022.
The short-list is drawn up the following February and the winner should be announced by June.

Please send details of your nominations by email as early as possible and include covering information. Publishers should provide an email/telephone contact for the author. Late nominations will not be accepted.

FOR MORE INFORMATION ABOUT PREVIOUS WINNERS AND LATEST NEWS